What Defines Well-Integrated
So what makes an access control management system well-integrated? There are several criteria, for example the types of subsystems that can be integrated, the ability to have them interoperate smoothly, and the flexibility the system provides when it comes to supporting the types of hardware and credential. Finally, open standards are key to ensure interoperability, future scalability, and cost reduction.

If the CEO of a company presents his credential to the outside of his building, systems will understand what areas of the building the CEO will get through to get to his office. There is no need to illuminate the entire building. The same thing extends over to telecommunications. When someone comes in, the system will transfer their out-of-office e-mail to in-office. It can not only adjust their e-mail status but also switch the forwarding to their desktop versus their mobile phone.

Smooth Interoperability
A well-integrated access control management system can also allow the different subsystems to operate seamlessly at the same time, even to the point where the customer cannot distinguish the boundary between the systems.

For example, it should be able to handle different types of door controllers, as well as different readers and credential technologies to be truly integrative and offer the benefits of such an open system to the end-user/system owner.

Openness Is Key
To enable this kind of integration, open standards are critical, ensuring that interoperability between disparate systems is achievable. Open protocols and agreed standards such as ONVIF have made it possible to integrate previously disparate systems and open up the possibilities of what a truly integrated security system can offer.

Openness, meanwhile, also ensures scalability, allowing users to add or integrate more systems into the access control management software, regardless of the brand.

Access Control and Video Integration
Access control management systems integrated with videos is perhaps the most popular integration among users. Due to the increased situational awareness that they provide, such integrated solutions are seeing rising demands and applications, especially in areas that are more critical and sensitive in nature.

If you have access control tied to video, you are able to see what credential was utilized at what time of day and at what location, and that adds a lot of value in your video management. In the past, you were able to put an IP camera or Wi-Fi camera in, but you weren’t able to afford to put a reader or access control device at that opening, so you had to scroll through footage and try to distinguish what was occurring simply based on the visual video. Now, because you are able to deploy access control at that portal as well, you’re able to really connect it and sort it based on an audited event in a credential.

Due to the increased situational awareness such integration brings, it is commonly used in higher security applications. These include parts of a healthcare environments and areas where there are sensitive assets.

Have you ever purchased the generic supermarket brand Cola instead of Coke or Pepsi? I haven’t, because I can’t trust…

There’s no doubt – this year’s hottest new tech gear is the drone, or as known as, Unmanned Aerial Systems… 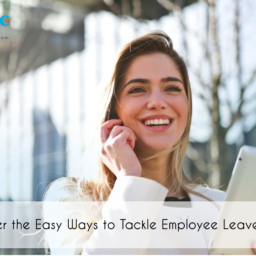 Every employee looks forward to spending time with his/ her family. Sometimes the weekly off is not enough and they…

Hutaib InfoTech Solutions got a well-deserved mention in the prestigious FingerTec Newsletter. The newsletter lauded its efforts to get one…

Not so long ago, life began imitating movies. Tom Cruise opened doors with his eyes in Mission Impossible. Leo accessed…

There are various software tools which are very useful to operate business processes like ERP. Thanks for sharing the above information.

[…] lost productivity in the event of network downtime. And with the ability to configure backup AP management controllers for remotely managed APs, network administrators can guarantee seamless network operation and […]