A biometric device is a hardware terminal designed as an instrument to solve clocking problems, and its complementary software is a program designed as a tool to solve operational problems. In this biometrics clocking system, clocking plays a lesser role in the entire operating system. Software is indeed pivotal in almost every business system.

When the iPhone debuted in 2007, and later the iPad in 2010, they made a huge paradigm shift in the IT world that was once dominated by personal computers. The computing power that normally stayed intact on a clunky desktop had been shifted into the hands and pockets, which came with them the term ‘mobility’. Obviously, size did matter; an action used to transfer software from a CD to a computer simply couldn’t be performed for a tablet and smartphone anymore.

However, that was only a bump in the road, since almost all devices are network connected nowadays; you just need to download any software directly from the Internet. The aggressive ones came with another great idea, “Why do we need to download software to a device? Isn’t it easier to log in to a website and use it there?” Hence, the Web and Cloud program were created. And, another smart guy would reply, “Since everyone is carrying a smartphone and staying connected 24 hours now, why don’t we create some specific Apps with different function roles for employees to collaborate at all times?”

And we, associated to one of the market leaders in time & attendance industry and an innovator, started to think that since everyone carries a handset, do we really need a special device to do time clocking? This is just like how digital camera became quite irrelevant when the smartphones can take high-quality picture. Instead of letting the newcomers phasing out your products, you may need to take the initiative to kill your own products with newer inventions.

We predict that the industry would inevitably be drifting slowly away from the clocking terminals and, the initial software that runs on Windows Operating System that were usually used by a few administrators, seemed inadequate when the business owners want to tap on the computing power that is within the employees’ grasp. The software has to reinvent itself and become more accessible among staff, more collaborative among peers, more communicative among superiors and subordinates; and to notify irregularities in real time.

Then, abruptly, the software-as-a-tool’s era is over and software pulsates like a central nervous system, transmitting signals into your business operation.

When the trend is shielded away from a specific hardware but offered other probable methods for clocking, and demanding all of the above mentioned features to be available in the BYOD (Bring Your Own Device) era, another great time of IT for corporations that unavoidably based on cloud computing and business model based on SaaS (Software as a Service) is declared arriving. 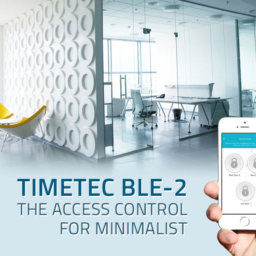 Warm up to New Technology for more effective workplace

0
22 Mar 2015
Thinking of upgrading to IP based Door Access Control? Do it right away

Security and access control is a crucial issue at any workplace. Corporate offices are secure locations which are open only…

There are a few popular 4K sensors from Sony, the IMX172 and IMX226. Because the sensor sizes are not much…

Have you ever purchased the generic supermarket brand Cola instead of Coke or Pepsi? I haven’t, because I can’t trust…

0
04 Feb 2016
Guard against Criminal Offences, The Cost-Effective Way, by Getting CCTVs installed.

It is a smart move to utilize the potential of high performance CCTV technology to protect your home, office or…

Given all of the high-profile data breaches that have made headlines recently, the issue of securing surveillance camera networks and… 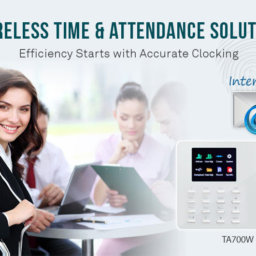