Very soon, TimeTec Computing will be introducing TCMS V3, time attendance system with all the amazing features of TCMS V2 and more, on Microsoft Access platform for easy installation and simple data management. This Microsoft Access version of TCMS V3 is highly recommended for small to medium quantity terminals and for connection of terminals of more than a certain limit, we will be introducing TCMS V3 MySQL version later somewhere in April of 2016. With the introduction of TCMS V3, gradually we will bring all our TCMS V2 users to the latest of technology in software product. Watch out for the announcement!

Honesty is apparently not the best policy, definitely not in the working world because often times, human resources department has… 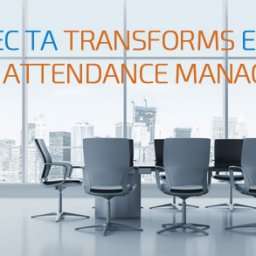 What’s your company policy when it comes to time tolerance? If you don’t know this, please check your Employee Handbook…

What comes to mind when Human Resource (HR) is mentioned? The majority links HR to recruitment, staff administration and payroll,…

Consistent and reliable attendance is an essential requirement for all employees irrespective of their positions in the organization. Regardless of…

The need for verified access control is very critical in the education sector. It helps to protect the young minds…

0
14 Feb 2015
Reason Why We Should Focus Beyond Biometrics

A number of people tend to get the impression that our company specializes in fingerprint products and technologies only. Although…

From 16th until 20th November 2015, TimeTec team showcased TimeTec TA to HR professionals from the Middle East and North…

When it comes to security solutions and surveillance, there is no one-stop solution to all requirements. Security needs are different…