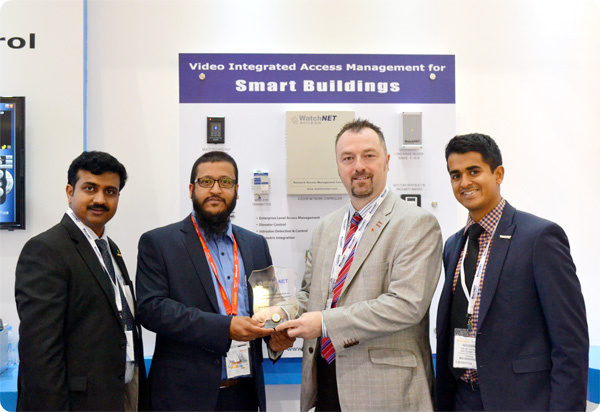 Hutaib InfoTech Solutions was awarded the coveted Performance Award at the prestigious Intersec Trade Fair, Dubai on 18th January 2015. The award was conferred in recognition of Hutaib InfoTech’s stellar efforts in the field of Enterprise Security, Video Surveillance and Information and Communication Technology. The distinction is a significant achievement for Hutaib and its credibility gets a tremendous competitive boost with this award. The accolade was awarded to Hutaib for its far-reaching promotion of WatchNET DVR Limited’s video, security and surveillance equipment across UAE.

Mr. Shabbir Hussain from Hutaib Infotech received the award at the event from WatchNET Canada’s CEO and General Manager. Speaking on the occasion, Mr. Hussain said “The award signifies Hutaib’s position as a leading ICT and Security solutions specialist in UAE and GCC countries. We are happy that our professionalism and versatility has been distinguished on such a prominent platform.”