Surveillance Technological advancement: Waiting for the next big innovation

From a technological perspective, the surveillance industry benefited from growing capabilities in computing power, recording, and storage allowing manufacturers to roll out continuously improving models with better image quality, capturing more and more details such as facial features and license plate numbers.

The major innovation of the last few years was the introduction of the HD megapixel camera. Megapixel adoption is now wide scale with offerings even in the low-end market with cheap versions being sold in big-box retailers and online. The industry kept offering higher pixel counts and also higher resolutions over the years with 4K cameras being introduced.

The past years have seen many technological breakthroughs for security, including the transition from SD to HD, HD to Full HD, and now to 4K. It is not only about the resolution, but also other innovations in imaging such as wider dynamic range, and greater sensitivity from sensors.

Another technology that became more prominent in recent years is mobile security management, which gained popularity together with the proliferation of smartphones and tablets. The ability to monitor video footage from a mobile phone or tablet is in demand and many manufacturers have added this capability to their offering.

HD-over-Coax Technologies
Several years ago, price was the main obstacle in switching from analog to IP systems. However since then the price of IP systems has gone down, their quality improved, and the adoption rates of IP video went up. Nonetheless, analog systems are still here and improving their quality.

Video Analytics
The early strides of video analytics in the security industry have not been successful. Video analytics were prone to false alarms and problematic detection rates. In addition, over the past few years, legal disputes have also set back the pace of its development.

As video analytics continued to mature and stabilize, they will become more common over the course of the years. A noteworthy development in the field of video analytics is their use beyond security. Video analytics are now used for business intelligence and improving operations in many sectors from retail to oil and gas, performing people counting, heat mapping, queue monitoring, etc.

The added value of having greater knowledge of customer trends and demographics is immensely important for marketing and there are now many offers that allow retailers to gain more insight regarding their floor operations.

In the early days, cameras with video motion detection could simply detect if an intruder was there or not, however the latest systems can provide much more information about customer behavior from counting numbers, to analyzing what path they take and which goods they take an interest in. The latest analytics systems are much better at dealing with crowded conditions and users can find out reliably how long people are standing in a queue and, maybe more importantly, how many get fed up and walk off before being served.

No “Next Big Thing”
Following the introduction of megapixel technology, the surveillance industry hasn’t experienced any successful major innovations in the past few years. Instead, there has been a series of ongoing technological improvements.

Each year the surveillance industry looks as “more of the same” without new technologies or products. Innovation in the security industry is problematic; the market in general is conservative and doesn’t quickly adopt new technologies. For systems integrators and installers, integration issues with existing legacy systems, and with other subsystems such as access control, alarms and others are still difficult. In addition, external bottle necks from end users, such as tight budgets, also hinder adoption of new technologies.

One exception is the video analytics industry. Successful integration and implementation of video analytics, as well as the introduction of more business-intelligence driven analytics, can be the differentiator that will give manufacturers a competitive edge in a time where equipment prices are dropping and manufacturers deliver similar products. Which manufacturer will be successful in doing this is yet to be seen.

Reason Why We Should Focus Beyond Biometrics

A number of people tend to get the impression that our company specializes in fingerprint products and technologies only. Although…

In this age of digitized solutions and wireless connectivity, home and business security has reached to completely new heights. Most…

1
25 Jul 2016
How to choose a Hard Disks for Video Surveillance purposes?

Business owners can choose to be conventionally rigid or exceptionally casual in the way they run their operations. While one… 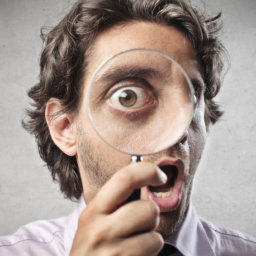 Know the Reality Behind 7 Most Common Time and Attendance Myths

The history of systems used to track and scrutinize the time and attendance of employees is quite extensive. However, all…